Technical Analysis For Beginners Part 6: How To Use Fibonacci Retracement Tool Effectively 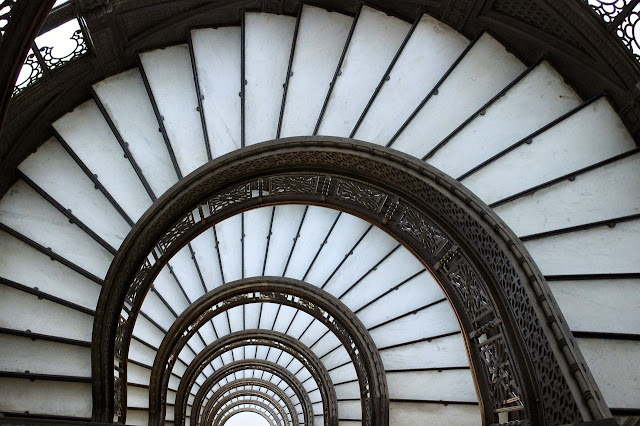 As you have noticed about the price movement of the currency market, it does not move in a straight line.
Instead the market goes in a wave pattern. The wave pattern is composed of an impulse and a correction move which happens endlessly and over and over again.
Eventually this correction move in the market can be sometimes predicted by the use of a retracement tool which is called the Fibonacci Retracement Tool.
This Italian mathematician discovered this Fibonacci sequence which he calls the golden ratio and considered to be the natural order of all things.
To make the long story short, traders understood that the Fibonacci levels can be applied in the forex market.
By the use of the Fibonacci Retracement Tool traders can now somewhat predict the movement of the market when the price retraces back before continuing its trend.
This price retracement in the market can sometimes be referred to as the pullback of prices. We can think of the wave impulse as inhaling and the retracement as exhaling of the market.
Let’s cut the chase and get to the point now.

How to use Fibonacci retracement in forex effectively?

Based on my own experience, Fibonacci retracement levels works effectively when applied in a clear trending market. There are traders who based their trading system on trend following and by the use of this Fibonacci levels they are able to ride the trend effectively.
In the examples below I will share with you how to use the Fibonacci levels as a way to make an entry to join a trending market. I will be using the 4 hour time frame since I based my strategy here and we will be focusing on the golden ratio which is the 0.618 Fibonacci level.


As what I have said before, we can only use the Fibonacci retracement tool effectively when it is applied in a clear trending market.

How to use Fibonacci retracement levels in an up trending market?

The chart above is the CADJPY forex pair in the 4 hour time frame. Looking at the chart we could see a series of higher highs and higher lows which indicates that the market is moving in an up trending fashion.
Since this is an up trending market we are only be looking for a buying set up.
We need to look for a pattern where in there is an impulse move followed by a retracement move as what I have indicated with the ABC labels.
The A ---> B movement is what we call the IMPULSE MOVE.
The B ---> C movement is what we call the RETRACEMENT MOVE.
Now if we put on the Fibonacci retracement tool and zoom in, it would then look like this.

Note that I am assuming here that you already know how to position the Fibonacci retracement tool in the chart.
But for those who don’t know, just look for the Fibonacci retracement tool in your platform which looks like this symbol encircled with green in the image above. You then need to click first the start of the impulse which is the point A and then drag the mouse cursor over to point B to make the fib retracement position the same with the image that I used.
The price retraced back to the 0.618 Fibonacci level before it continued to go up. It’s like the market inhaled ( impulse move ) and exhaled ( retracement move ) for a bit before it burst upward and continue the trend.
By using the Fibonacci retracement tool we were able to predict where the market would end up retracing.
Noticed also that in the 0.618 fib level a small bullish pin bar was formed which gives us a signal and a set up to go long.
Another example below for a down trending market.

How to use Fibonacci retracement levels in a downtrending market?


Again, our first step would be to look for a market that has a clear trend for us to be able to use the Fibonacci retracement tool effectively.
This forex pair is the CADCHF in the 4 hour time frame. We could say that it is an obvious down trending market, that’s why we will be only looking for a selling opportunity here.
The only part that needs focus and attention here is the part where you will be looking for the ABC pattern. Eventually, if you put more time on studying charts all of this will become much easier to find.
Assuming that we found this ABC pattern already, and we then position our Fibonacci retracement tool from point A to point B. The set up will then look like this below.


Look how powerful the 0.618 Fibonacci level is. The price tried to go up in that area but it was clearly rejected and formed a big bearish pin bar which for me is a strong indication that the down trend is going to continue which it actually did.
We could have entered this bearish set up right away after the formation of this red pin bar and locked in big rewards as we ride the trend downwards.
There is no doubt that there is some truth about the phrase “the trend is your friend”. It’s just a matter of strategy and techniques on how we can benefit from it.
Finally I was able to put out all my thoughts about this technical analysis for beginners article series. I hope that somehow you guys learned something from it.
I know there are still a lot to be learned about forex trading but it’s okay because we are gonna be taking it slow but steady.
Forex trading is a marathon and not a sprint, so let’s make sure that we have enough gas for the finish line.
See you in my next post!